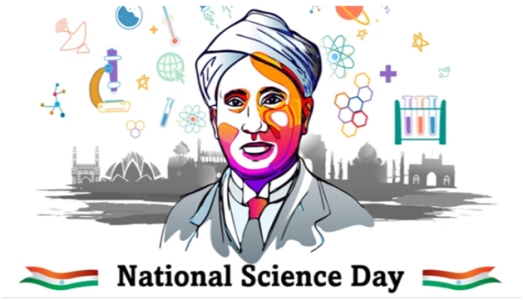 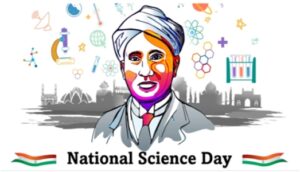 National Science Day is celebrated every year on February 28, the day when CV Raman discovered the Raman Effect, a phenomenon in spectroscopy. The theme of the National Science Day 2022 is, “integrated approach in science and technology for a sustainable future”

CV Raman discovered the Raman Effect in 1928 while working in the laboratory of the Indian Association for the Cultivation of Science, Kolkata, which helped him in winning the prestigious Nobel Prize in 1930.

About Raman Effect: Raman Effect, change in the wavelength of light that occurs when a light beam is deflected by molecules. When a beam of light traverses a dust-free, transparent sample of a chemical compound, a small fraction of the light emerges in directions other than that of the incident (incoming) beam. Most of this scattered light is of unchanged wavelength. A small part, however, has wavelengths different from that of the incident light; its presence is a result of the Raman Effect. The phenomenon is named for Indian physicist Sir Chandrasekhara Venkata Raman, who first published observations of the effect in 1928. (Austrian physicist Adolf Smekal theoretically described the effect in 1923. It was first observed just one week before Raman by Russian physicists Leonid Mandelstam and Grigory Landsberg; however, they did not publish their results until months after Raman.)